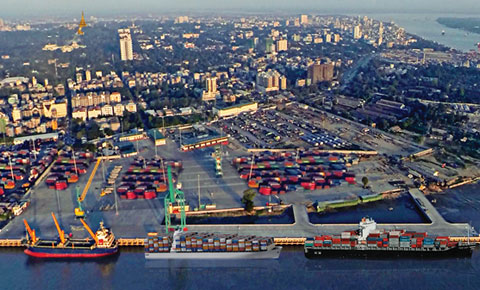 The Ahlone International Port Terminal (1) is a multipurpose port for general cargo and containers. The Terminal is owned by Myanmar Economic Corporation. The Terminal consists of 3 numbers of 200 m long berths, totalling 600m and with the width of 76m.

Antara Koh was the marine specialist Contractor who supplied and installed 990 nos. of piles with diameter ranging from 800 mm to 1,000 mm and length ranging from 36 m to 40 m. The Construction started in January 2013 and Completed at the end of 2014. The Terminal was declared officially open on 8 March 2015.